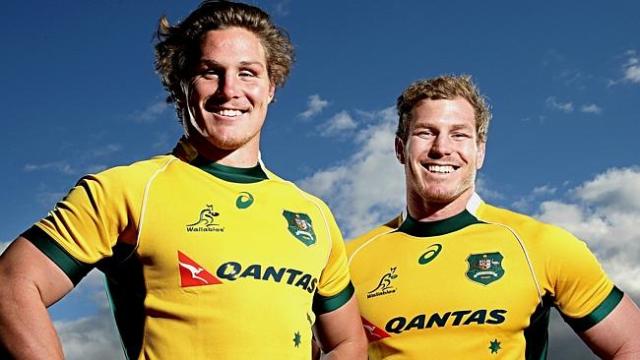 With barely over a month to go into the start of the Rugby World Cup, the DC Sports Dork has not been shy about his passion for Rugby Union. Thus, features on the state of the best nations and players heading into this year’s tournament will be on display. We start with the 1991 and 1999 World Champions, Australia.

Steven Larkham, George Gregan, Nick Farr Jones, David Campese, Lote Toqiri, Stirling Mortlock, Matt Gitteau. The list goes on. Throughout the history of Australian Rugby, pigs might as well fly if there was no emphasis of team creativity and speed coming from those wearing numbers nine through fifteen for the Wallabies. That is their motto and their national identity. With Rugby League and Australian Rules Football being much more popular sports, Australia have been able to develop so many wonderful athletes that are able to cover the ground of a 120-yard field, as well as run, pass and catch any ball the likes of which only a rhythmic gymnast can (you could make the case that New Zealand perform these skills better, but that is because they incorporate their forwards with these set of skills as well and for this piece, that is beside the point).

With Michael Cheika’s men winning the Rugby Championship, it is not so much of a surprise as to how they were able to beat the best team in all of sports, let alone all of rugby union, but more of how they play their rugby in 2015. To trace their origins of Australia’s new style, you have to look at where they were when they hit rock bottom: during the 2013 series against the British and Irish Lions.

When facing the best from the British Isles, opposing countries treat the series as something bigger than a world championship and winning it would be the pinnacle of a rugby player’s career. For the exception of introducing the world to the most electric back in world rugby today in Isreal Folau, the 2013 Lions series was a national embarrassment for Australia. In the final test, the Lions’ backs ran rings around and through Australia’s defense and beat them with their own game. Oh, and let’s not forget that their scrummaging was put through the meat grinder and then-some, an Australian tradition unlike any other.

Gone was head coach Robbie Deans; bereft of the tactical nous necessary to expand Australia’s attack and try-scoring abilities. Will Genia was seeing his career unravel from being the best scrum-half in the world to always being injured or out of form. Quade Cooper, James O’Connor and Kurtley Beale were placed in proverbial exile from the National Team for too many off-the-field issues. Lastly, their best player in David Pocock was recovering from the first of two torn ACLs in the span of two years.

After going through one more head coach in Ewen McKenzie, Cheika came to the rescue after leading the New South Wales Waratahs to the Super Rugby Championship (the best competition in Southern Hemisphere club rugby) and he would bring along former Wallabies Larkham and Nathan Gray into his coaching staff. It may have taken close to a year for the players to get familiar with the new coaches and vice-versa, but the results are finally coming through.

Pocock is back healthy and is now playing the ball-carrying number eight position next to boy wonder Michael Hooper at number seven. Together, they could be the best turnover-inducing tandem in the world if things break right for them this year (somewhere, Richie McCaw and Kieran Read just read that last sentence and could lead New Zealand to a 50-10 victory over Australia next week). Hooker Stephen Moore is now the captain and with his leadership, and the likes of James Horwill, Dean Mumm, Scott Fardy and super-sub Will Skelton round out an angry and bruising, but diverse pack in the loose and scrum. Just ask Ben Franks and Tony Woodcock how their weekend was.

Now this isn’t the first time Australia have ever produced hard-tackling forwards. While the 1990s were full of creativity coming out of the Gregan-Larkham combination at nine and ten, second row forward John Eales was the heart or part of Australia’s two World Cups. While Pocock and Hooper were going through the youth ranks, George Smith and Rocky Elsom were intimidating any ball carrier hoping to cross the Australia gain line.

But what makes Australia such a fascinating team to watch in this year’s Rugby World Cup is we may have not seen the best of them. Matt Gitteau’s return to international rugby has not been one to celebrate if you exclude his goal-kicking abilities. If it were not for the world class high-ball catching skills of Folau and the usual Mark Cueto impersonations by Adam Ashley-Cooper, Australia’s backline seems to lack the ability to question defenses. But the heart of where Australia needs to improve the most, come from where Gregan and Larkham set the standard.

Bernard Foley has been quite sub-par at fly-half during the Rugby Championship and Matt Toomua has been the better player when coming in as a replacement. With Genia still nursing another injury (this time, it is a torn meniscus in his right knee), two Nicks (Phipps and White) have, at best, played damage limitation at scrum-half. With better ball carrying and a more cavalier approach during the run of play, Australia can open up the likes of Folau, Ashley-Cooper and even Tevita Kuridrani more into the center of the field, versus predictably moving it side to side.

And with that, the men and gold do have a chance to challenge for more than just getting out of a group of death that has Wales and England in it. They can actually have a chance for being the first nation to win three Rugby World Cups.