Day 7 of 2017 Stanley Quips: Edmonton is Gifting This Series to San Jose 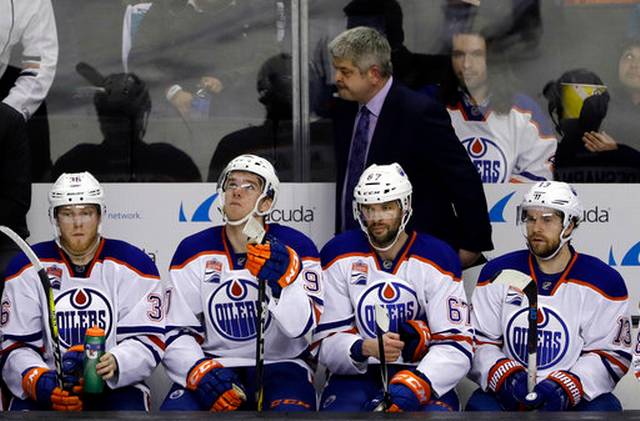 With the series now tied at two, San Jose has now made their first round match-up way more interesting than anticipated after thrashing Edmonton 7-0 last night. Their fear leading into the postseason was whether their offensive firepower that has made them so good in recent memory would is no longer existent because of a decaying roster. You would think that predicament was completely alleviated due to that massive scoreline. Along with that, they are also now winning the score-adjusted expected goals battle in all situations this series 13.6 to 10.3.

However, last night’s game consisted of “only” three even strength goals scored by San Jose in comparison to four power play goals. Not only did Edmonton give up eight power play opportunities to San Jose last night, they have now given up 22 power play opportunities in the entire series in comparison to 12 opportunities that they have drawn. Even if Joe Pavelski and Co. were slightly lucky last night (the score-adjusted expected goal total was “just” 4.6-1.7 last night), giving your opposition that many chances to pound your own zone with shots towards the net has got to wear down any team in the long term. Surely enough, that has been the case thanks to a 5-1 edge to the Sharks on special teams versus just a 6-5 scoreline at even strength.

This is very uncharacteristic for the Oilers who have been one of the best teams in the NHL in power play differential during the regular season. While they were at the league median with their 245 total power play opportunities, they only were on the penalty kill with the league’s seventh smallest total at 223. With a +22 differential, that only puts them worse than three other teams in the NHL, but that massive of a differential has led to a +12 goal differential when on special teams. If you believe in Rob Vollman’s philosophy that three goals equals one win, that margin has led to Edmonton to four extra wins during the regular season or eight more points in the standings. Take those eight points and that makes them more of a team that should be scrambling for one of the last playoff spots rather than challenge for a division title.

That being said, guess who is really the most disciplined team in the NHL? That’s right, your boys near Silicon Valley! With 246 power play opportunities and a third-fewest amount of penalty kill situations at 212, the San Jose Sharks have a massive +34 differential. But since the Sharks have been so abysmal on the power play all regular season, they only have a +1 goal differential on special teams and that is only because of a 7-6 edge in shorthanded goals.

While you would think the postseason for every sport is about which winning team’s strength is shown the most, sometimes they exploit which losing team’s identity is lost. Just look at the Washington-Toronto series as a perfect example of the latter. The Oilers still have home-ice advantage, but for Connor McDavid and his crew to move on to the next round of the playoffs, they have to stop losing their cool and stop committing dumb penalties. Otherwise, they have awoken a sleeping giant in a Western Conference that has lacked one all season long.